A few years ago, Dean Andrew T. Guzman and some of his staff from USC Gould School of Law visited the law offices of Sanders Roberts on a mission. For the last two decades, since both Justin H. Sanders (’00) and Reginald Roberts Jr. (’01) had graduated from Gould, minority enrollment was down. Guzman wanted to reverse that.

“Part of what he needed,” remembers Roberts, “was a financial component that could help bridge the gap for minority students—African Americans in particular—who were very talented and wanted to go to our school but maybe because of a gap in financial resources might choose a different school that was offering more money.”

Which is how the Clarence Thompson Memorial Scholarship Fund was born.

“We agreed to give seed contributions and participate in other fundraising efforts, where we brought the matter to other minority alumni of the school,” Roberts says. Both partners also donate 100% of their Lecturers in Law earnings to the fund. “Plus some,” Roberts adds. 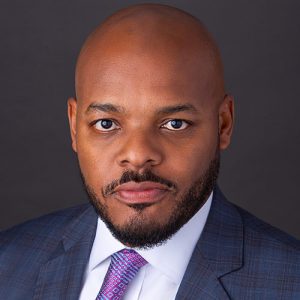 There’s a tendency, when talking about the fund, to land hard on the final syllable of the man for whom it’s named—Clarence Thompson—to distinguish him from the current conservative U.S. Supreme Court justice. Who was Thompson? The first Black student to graduate from Gould, in 1900, at the age of 18. He practiced law for a period, pursued further education at Harvard, then joined the faculty at Harvard Business and UC Berkeley. Later, he became a consultant for multinational corporations. “The school is rich with stories and people that have been through those halls,” Roberts says, “and Clarence Thompson is one of those stories.”

Sanders and Roberts are two more. Both men grew up in LA—Sanders the son of a Watts-born Rhodes scholar and legal icon, Roberts a first-generation college student—but they didn’t meet until they were freshmen at Morehouse College in Atlanta. When they learned they were both going to Gould, they decided to room together; several years later, they decided to practice together. Sanders founded the firm in 2008 and Roberts joined in 2011. “We had me, Justin and one secretary,” Roberts says. “And now we have 21 lawyers and nine paralegals and a full staff.” 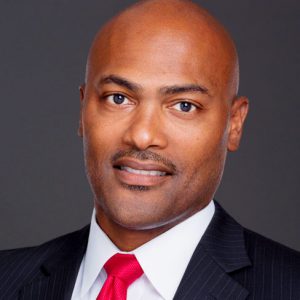 The plan was never to grow fast but grow well. “Law firm environments tend to be stressful, and personalities can cause the environments to be even more stressful. But when you get good people that are talented at what they do and you combine them, then you can do something special,” Roberts says.

The Clarence Thompson fund is in its infancy but has already awarded scholarships to two first-year students, according to Chloe Reid, Director of Development at Gould. Roberts feels an asserted effort to protect diversity is important for law schools in particular.

“In law school, you don’t want homogeneity of thought,” he says. “You want to bring together a group of persons with differing opinions, backgrounds, socioeconomic status, because they will inevitably speak about things from a different perspective—but in a way that resonates with you and expands your way of thinking about the world and how things work. And then we go out into our profession and take [that] benefit with us.” 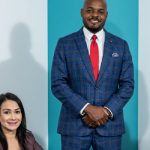