On Tuesday, July 2, 2019, at 1 PM PST, the Game Show Network will air its brand-new trivia competition show “Best Ever Trivia Show” where Miguel Ruiz will be a contestant. In the competition hosted by Sherri Shepherd, three contestants face off against three trivia experts, including 74-game Jeopardy! winner Ken Jennings. The winning player then goes head-to-head in the final round against the expert who performs best over the course of the show – the “Ultimate Trivia Challenge.”

Far from a game show novice, Miguel Ruiz previously appeared as a contestant on some of America’s most popular game shows, including “Jeopardy!,” “Who Wants to be a Millionaire,” and “The Chase.”

Since 2008, Sanders Roberts LLP has provided exceptional legal services customized to its clients and their individual situations. SR believes in efficiently and effectively resolving the issues at hand and crafting solutions that work for its clients and their enterprises.
SR has been recognized as a Top 20 Boutique in California by the Daily Journal, it is also a member of the National Association of Minority and Woman-Owned Law Firms (NAMWOLF), and a certified Minority Business Enterprise. 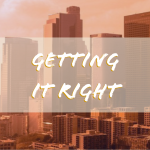 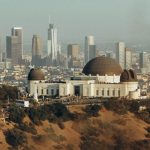