In the case, the plaintiff – one of the client’s employees – claimed they suffered retaliation after reporting the employer’s alleged illegal activity. Plaintiff alleged various forms of retaliation, but the Sanders Roberts team introduced evidence that the employer never violated the law, that plaintiff never reported any such alleged violation, and that the employer never subjected plaintiff to any retaliatory employment actions. Given the nature of the allegations, the case had attracted significant media interest and coverage over several years.

In their closing arguments, plaintiff’s counsel asked the jury to award over $30 Million in damages. However, the jury instead followed suggestions from Mr. Roberts’ closing, rejecting plaintiff’s claim entirely, unanimously finding in Defendant’s favor. All twelve members of the jury found that plaintiff had not disclosed any violation of law by the employer. The jurors rejected the very first element of plaintiff’s single claim. In turn, plaintiff received no damages at all. “We are very gratified we could vindicate our client in such a high-profile matter,” said Reginald Roberts, Sanders Roberts LLP Partner and lead trial counsel.

The defendant employer retained Sanders Roberts in October of 2018 to try what had become an exceptionally complex case against talented and tenacious plaintiff’s attorneys from two successful and well-respected law firms. Despite plaintiff’s counsel having the advantage of working on the case for more than five years, Sanders Roberts’ trial team hit the ground running and immediately began to vigorously defend the case. In five short months, the Sanders Roberts team marshalled a virtual mountain of evidence, including over thirty-five thousand pages of documents and a list of more than eighty separate witnesses, prepared the case for trial, and mounted a successful defense.

Since 2008, Sanders Roberts LLP has provided exceptional legal services customized to its clients and their individual situations. SR believes in efficiently and effectively resolving the issues at hand and crafting solutions that work for its clients and their enterprises.
SR has been recognized as a Top 20 Boutique in California by the Daily Journal, it also a member of the National Association of Minority and Woman-Owned Law Firms (NAMWOLF), and a certified Minority Business Enterprise. 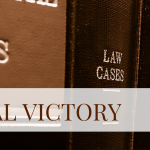 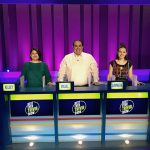